At this point you should know the basics of making plots with Matplotlib. Now we will expand on our basic plotting skills to learn how to create more advanced plots. In this section, we will show how to visualize data using pandas/Matplotlib and create multi-panel plots such as the one below. 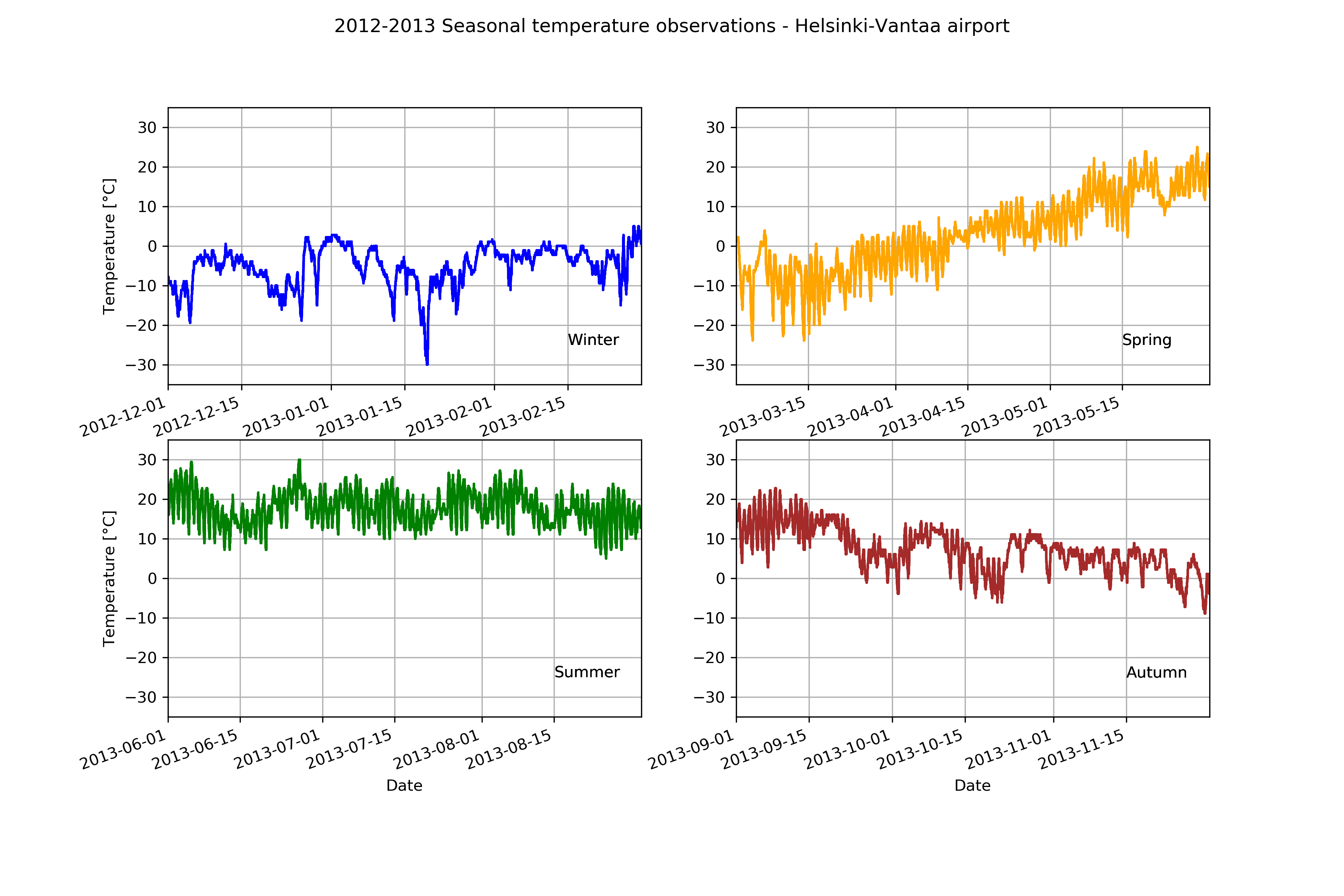 Figure 4.11. An example of seasonal temperatures for 2012-2013 using pandas and Matplotlib.

Preparing the data for plotting¶

We will start again by reading in the data file.

After reading the file, we can new rename the TEMP column as TEMP_F, since we will later convert our temperatures from Fahrenheit to Celsius.

At this point we can quickly check the first rows of data to see whether the expected changes have occurred.

So, there are 1644 missing values in the TEMP_F column and we should remove those. We need not worry about the no-data values in 'MAX' and 'MIN' columns since we will not use them for the plots produced below. We can remove rows from our DataFrame where 'TEMP_F' is missing values using the dropna() method.

How many rows of data would remain if we removed all rows with any no-data values from our data (including no-data values in the MAX and MIN columns)? If you test this, be sure to save the modified DataFrame to another variable name or do not use the inplace parameter.

Now that we have loaded the data, we can convert the temperature values from Fahrenheit to Celsius, like we have in earlier chapters.

We can once again now check the contents of our DataFrame.

Having processed and cleaned the data we can now continue working with it and learn how to create figures that contain subplots. Subplots are used to display multiple plots in different panels of the same figure, as shown at the start of this section (Figure 4.11).

We can start with creating the subplots by dividing the data in the data file into different groups. In this case we can divide the temperature data into temperatures for the four different seasons of the year. We can make the following selections:

Let’s have a look at the data from two different seasons to see whether the preceding step appears to have worked as expected.

Based on the plots above it looks that the correct seasons have been plotted and the temperatures between winter and summer are quite different, as we would expect. One thing we might need to consider with this is that the y-axis range currently varies between the two plots and we may want to define axis ranges that ensure the data are plotted with the same y-axis ranges in all subplots. This will help make it easier to visually compare the temperatures between seasons.

We can now use this temperature range to standardize the y-axis ranges of our plots.

With the data split into seasons and y-axis range defined we can now continue to plot data from all four seasons the same figure. We will start by creating a figure containing four subplots in a 2x2 panel using Matplotlib’s subplots() function. In the subplots() function, the user can specify how many rows and columns of plots they want to have in their figure. We can also specify the size of our figure with figsize() parameter that takes the width and height values (in inches) as input.

To make it easier to keep track of things, we can parse these axes into their own variables as follows.

Now we have four different axis variables for the different panels in our figure. Next we can use these axes to plot the seasonal temperature data. We can start by plotting the data for the different seasons with different colors for each of the lines, and we can specify the y-axis limits to be the same for all of the subplots.

Great, now we have all the plots in same figure! However, we can see that there are some problems with our x-axis labels and a few other missing plot items we should add. Let’s do that below.

Now, we’ll add our seasonal temperatures to the plot commands for each time period. In addition, in this version of the plot we will also:

The new version of the figure essentially conveys the same information as the first version, but the additional plot items help to make it easier to see the plot values and immediately understand the data being presented. Not bad.

Visualize only the winter and summer temperatures in a 1x2 panel figure. Save the resulting figure as a .png file.

Plotting with pandas and matplotlib